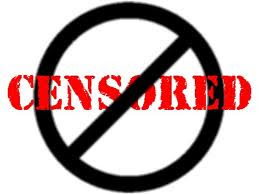 Just to show that I care for my readers

Louise Casey, the so-called Victim's Commissioner is a lady for whom I have little respect and no liking. She is a throwback to the Blair/Brown era, having had the good fortune to be appointed to her present post in the dying days of the Brown régime.
Her interview in The Times (behind the paywall, I'm afraid) reveals that she has decided to join in the class war.

She claims that victims of crime "are being betrayed by a liberal intelligentsia that focuses on the rights of offenders rather than those they have attacked". This Liberal Elite rubbish is the stock in trade of the chippy Right, who would presumably prefer those in charge to be illiberal uneducated and above all, not intellectual - can't have too much thinking now can we?

She is quoted as saying that if doctors and lawyers were themselves the victims of serious crime, a campaign group similar to the human rights group Liberty would be set up to support them.

She tells The Times: “I see that a lot of victims are not wealthy. They don’t have brothers that are barristers, they don’t have friends that are journalists and they struggle to get their voice heard. I just don’t think that is morally right.”

Her report is to be published this week. According to her Times interview she also wants the families to be able to display a photograph of their loved one when statements on the impact of the crime are read before sentencing.

Even by her standards this is an appalling debasement of the solemnity of a serious criminal trial, reducing it to an occasion for emotional grandstanding. Trial and sentence are for the state to decide on guilt and impose punishment. The judge must sentence calmly and dispassionately. What is he supposed to do, faced with a gaggle of relatives waving a placard of their departed? He may not allow it to affect his sentence. Does Casey want him to appear on the courthouse steps to say that he 'feels the victims' pain?'
Posted by Bystander at Sunday, July 03, 2011