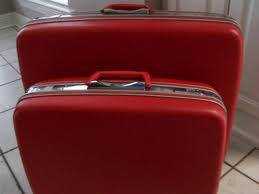 It may go a bit quiet around here for a week or two as I am on my travels, and my Internet access will depend on finding free or cheap wi-fi  for my iPad.

If something takes your fancy, feel free to use the comments to talk about it and see how people react. I might even be one of them.

Crikey! What a lot of  comments. Pity it got a bit waspish in parts though. You know who you are, and so do I.


I have well over 1000 emails to go through, so I shan't get back to anything like normal for a day or two.

By the way; I don't speak Spanish, but you would have to be pretty thick not to work out what it says on the PIN machine after you have keyed in your number:-

Today's news that the police are looking into the vast amount of fraud committed with the help of those who were jailed yesterday struck a chord with me, as I was a victim of ID fraud last year. In the Spring of 2011 a neighbour handed me a letter that was addressed to me, but at his address (we share a postcode)  and I read it to find that a bank had opened me a  new account, and promised to send the the cards in a few days. I phoned them straight away, told them that it was an attempted fraud, and left it at that.
Later that year I applied to a major telephone company for an iPhone, and was turned down because a fraudster had, in the Spring, obtained a phone using my details, but an address in Earls Court to which I have never been. No payment was ever made, so the phone company wrote off the account and put my name in the 'don't touch him' file. No attempt was made to contact me at the address where I have been on the electoral register for 16 years, so I had no way of knowing about any of this until I hit the brick wall of my destroyed credit rating.
I spent hours and wrote letter after letter to Experian, the phone company and two other credit agencies. I was told that a notice would be put on my file, but a month later when I reapplied for the phone, I was told that my credit score was compromised. I have now given up as I am fortunate enough not to need any credit these days.
I am evidently far from alone in these troubles.
Posted by Bystander at Saturday, June 09, 2012 28 comments:

The MoJ has announced the beginning of the process for appointing honorary QCs.

Sadly I am ineligible, or I might try to whip up some of the two and a bit million people who have logged onto the blog to put me forward...

By the way... I am told that Hon Members of the House of Commons can be made QCs without the usual tiresome process to go through.  (A commenter says that's no longer so - shame - ed.)

I am also told that those who appear too eager to flash their letters about are known as 'Art Silk'.

I have had a QC MP appear before me and colleagues in the past. Mind you, he was the real deal.

I have had an email from a colleague who assures me that the following is genuine:-

To achieve a viable catering service, it has been necessary to increase food tariffs within all MoJ sites. Tariff increases will come into effect from Monday 18th June 2012. Main restaurant areas serving food to the general public and HMCTS staff will incur a cost increase of 9.2%, juror restaurants 3.5%, and food delivered to judicial dining rooms will incur a 4.2 % increase.

It's nice to know that judges, who mostly pull down north of £130,000 a year, have been hit with less than half of the increase faced by the lesser orders who toil in the Ministry.