Small Storm In Teacup - Not Many Dead 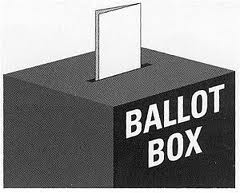 There is enough huffing and puffing going on to disturb the calm of quite a large mug of PG Tips over the issue of whether prisoners should be allowed to vote in elections. In reality there is more or less no practical issue involved; the objections come from those indignant at 'murderers and rapists' getting a vote, and more importantly from the purely political motives of those who want to use the issue to have a poke at the ECHR, and by proxy the EU, despite these two bodies having no formal connection.
What the Germans call "Der Bottom-Line" is that the electorate numbers about 45,000,000, so the 80,000 or so prisoners would have a negligible effect even in the unlikely event that they all voted; it amounts to an average of about 120 per constituency, or less than 0.2% of the electorate.
Posted by Bystander at Thursday, January 20, 2011