The Curse Of The Home Office 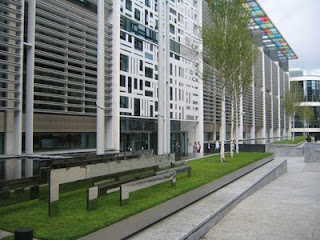 Reading of the Parliamentary demise of Charles Clarke and Jacqui Smith I mused that no recent Home Secretary has left office with an enhanced reputation. I have long suspected that there is some toxic miasma about the Home Office that affects all who come into contact with it. Experienced and hitherto rational politicians take up this great office of state and turn, under the pressure of events, into sad figures who flail about, hurling new, repressive and usually unnecessary legislation at each fresh problem that has been highlighted by the focus groups or the tabloids. Look at these recent Home Secretaries, and ask yourself which of them has any kind of political future:-

Whoever is offered the job in the next few days may well find that the thrill of taking up such a huge post is tempered by a frisson of fear at the risk of obloquy and oblivion when their term comes to an end.

On the handful of occasions when I have had to visit the gleaming glass-and-metal Home Office building, I have taken care to carry a clove of garlic and a crucifix - just in case.
Posted by Bystander at Friday, May 07, 2010