Cash In The Kitty 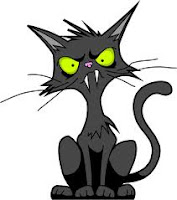 The now-notorious 'cat bin lady' has been sentenced by (sigh) a District Judge. The DJ imposed a fine of £250, which seems about right to me, assuming middling income and credit for the plea, the inevitable Surcharge (that gets nowhere near victims) and a costs order of a whopping £1171.
If the CPS had prosecuted this, their costs for a plea would have been around £70. But the CPS did not prosecute; the RSPCA did, so they applied for all the costs that their legal department could think of.
This is an anomaly that we see with 'private' prosecutions from such as local authorities, the Health and Safety people, bus and train operators and the like. Prosecutors claim costs as if the case were civil, where costs, as the briefs say, 'follow the event'.
This is often unjust; an evaded train fare of £3 or so can attract costs of £100 plus. That isn't fair because it isn't proportionate to the offence.
So why does the RSPCA have special status as a prosecutor? Why can't they assemble evidence and hand the case to the CPS to be dealt with?

1. Where an offender is convicted of an offence, the court has discretion to make such order as to costs as it considers just and reasonable.
2. The Court of Appeal has given the following guidance:
• an order for costs should never exceed the sum which, having regard to the offender’s means and any other financial order imposed, he or she is able to pay and which it is reasonable to order him or her to pay;
• an order for costs should never exceed the sum which the prosecutor actually and reasonably incurred;
• the purpose of the order is to compensate the prosecutor. Where the conduct of the defence has put the prosecutor to avoidable expense, the offender may be ordered to pay some or all of that sum to the prosecutor but the offender must not be punished for exercising the right to defend himself or herself;
• the costs ordered to be paid should not be grossly disproportionate to any fine imposed for the offence. This principle was affirmed in BPS Advertising Limited v London Borough of Barnet in which the Court held that, while there is no question of an arithmetical relationship, the question of costs should be viewed in the context of the maximum penalty considered by Parliament to be appropriate for the seriousness of the offence;
• if the combined total of the proposed fine and the costs sought by the prosecutor exceeds the sum which the offender could reasonably be ordered to pay, the costs order should be reduced rather than the fine;
• it is for the offender to provide details of his or her financial position so as to enable the court to assess what he or she can reasonably afford to pay. If the offender fails to do so, the court is entitled to draw reasonable inferences as to means from all the circumstances of the case;
• if the court proposes to make any financial order against the offender, it must give him or her fair opportunity to adduce any relevant financial information and to make appropriate submissions.
3. A costs award may cover the costs of investigation as well as prosecution. However, where the investigation was carried out as part of a council officer’s routine duties, for which he or she would have been paid in the normal way, this is a relevant factor to be taken into account when deciding the appropriate amount of any costs order.
4.Where the court wishes to impose costs in addition to a fine, compensation and/or the victim surcharge but the offender has insufficient resources to pay the total amount, the order of priority is:
i) compensation;
ii) victim surcharge;
iii) fine;
iv) costs.