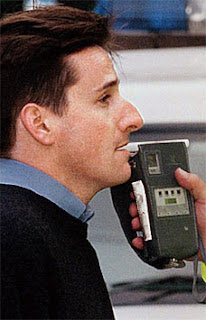 The Daily Mail reports on the introduction of new evidential breath testers that can be used at the roadside, obviating the need for a trip to the police station. It is old news, that I wrote about nearly six months ago in this piece, but just look at the slant on the article. It is inaccurate (Courts convict, police gather evidence. Nearly all police station tests are on the Lion Intoximeter, rather than blood tests. Borderline drivers are not prosecuted if their reading is under 40 in breath. Random testing happens now and has happened for many years. Courts are not being 'told to make use of' powers to order interlocks because they can't be told, and the interlocks don't yet exist).
Inevitably in the gormless comments section someone loses no time in suggesting that the new devices are - you guessed it - about raising revenue.
Posted by Bystander at Monday, April 23, 2007